From space-based construction systems to simulated habitats, ICON is supporting the exploration of our solar system through innovative 3D printing

The paradigm of homebuilding on Earth and beyond is shifting.

Through proprietary 3D printing technology and cutting-edge materials, ICON provides sustainable solutions to a number of the world’s most pressing issues, including the difficulty of constructing space habitats.

Building humanity’s first home on another world will be the most ambitious project in human history, and will push science, engineering, technology, and architecture quite literally to new heights.

Here on Earth, ICON has delivered two dozen 3D-printed homes and structures to date across the US and Mexico, the most completed by any construction tech company.

For ICON, the journey to transform construction began with the delivery of the first permitted 3D-printed home in the US. Having unveiled its next-generation Vulcan 3D printer in 2019, the first ever US citizens to live in 3D-printed homes moved into their 400 square foot properties at Community First! Village in Austin (Texas) a year later.

A number of projects are now underway at ICON to deliver social housing, disaster relief housing, and mainstream housing developments, in addition to construction systems for further exploration of the Moon and, eventually, Mars.

In October 2020, ICON announced it had been awarded a government Small Business Innovation Research (SBIR) contract, including funding from NASA, to launch Project Olympus and begin research and development of a space-based construction system to support future exploration of the Moon.

NASA has indicated that the Moon will be the first off-Earth site for sustainable surface exploration. For a permanent lunar presence to exist, however, robust structures need to be built on the Moon that provide better thermal, radiation, and micrometeorite protection than metal or inflatable habitats can provide.

Under the SBIR and with the support of NASA, ICON will continue to mature off-Earth applications for potential use in sustainable lunar missions, and develop technology with shared agency benefits for both Earth and space.

In partnership with NASA’s Marshall Space Flight Center in Huntsville, Alabama, the company will also test lunar soil simulant with various processing and printing technologies, to help design, develop, and demonstrate prototype elements for a possible full-scale additive construction system that could print infrastructure on the Moon.

BIG-Bjarke Ingels Group has previously worked on multiple concepts for the Moon and Mars, whilst SEArch+ is recognized on a global scale for its innovative ‘human-centered’ designs for space exploration.

Together, new material, technological, and environmental frontiers are being pioneered through this audacious project.

Mars Dune Alpha is the highest-fidelity simulated habitat ever constructed, and serves a very specific purpose – to prepare humans for life on another planet for a long duration.

CHAPEA is a sequence of three one-year Mars surface mission simulations, each comprising a crew of four individuals isolated together in Mars Dune Alpha, where life resembles the expected experience for those living in a future Mars surface habitat.

The layout of this innovative structure is organized in a gradient of privacy. Four private crew quarters are located on one end of the habitat, with dedicated workstations, medical stations, and food-growing stations located on the opposite end, sandwiching the shared living spaces found in between.

Varying ceiling heights vertically segmented by an arching shell structure accentuate the unique experience of each area to avoid spatial monotony and crew member fatigue, whilst a mix of fixed and movable furniture will allow crew members to reorganize the habitat according to their daily needs.

Crew tasks include participation in scientific research, use of virtual reality and robotic controls, and time delays in communication.

Results from such ground-based missions help NASA to prepare for the real-life challenges of space exploration, inform their standards for long-duration exploration missions, and provide important scientific data to validate systems and develop countermeasures.

For example, the analog missions provide valuable insight and information to assess NASA’s space food system, as well as physical and behavioral health and performance outcomes for future space missions to Mars, when astronauts will live and work on the Red Planet for long periods of time.

As such, ICON and Mars Dune Alpha will potentially lay the foundations for a new Martian vernacular, and take us one step closer to becoming a multiplanetary species. 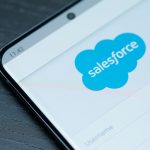 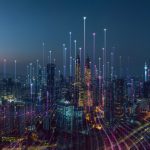