A capital city unlike any other, Washington D.C. is the symbol of the United States.

DC, as it is commonly known, operates multiple identities. It is a working federal city home to the President of the United States, an international metropolis, a scenic tourist destination and offers an unrivalled treasury of the country’s history and artifacts courtesy of the famous Smithsonian museums.

Indeed, the museums are the most widely visible component of the United States’ Smithsonian Institution and consists of 20 museums and galleries, as well as the National Zoological Park. In total, 11 of the 20 Smithsonian Institution museums and galleries are located at the National Mall in Washington D.C. running between the Lincoln Memorial and the United States Capitol with the Washington Monument providing a division slightly west of the center. Some of the museums include the National Air and Space Museum, National Museum of African Art and the National Museum of American History and all celebrate and recognize different parts of American history.

Washington D.C. is renowned for its landmarks and is home to the National Mall, which is a large, open park in downtown Washington in between the Lincoln Memorial and the United States Capitol. As a result of its prominence, the mall often plays host to political protests, concerts, festivals and presidential inaugurations. The Washington Monument and the Jefferson Pier are close to the center of the mall, and south of the White House. Meanwhile, other landmarks on the mall include the National World War II Memorial at the east end of the Lincoln Memorial Reflecting Pool, the Korean War Veterans Memorial and the Vietnam Veterans Memorial.

The city has an ever-growing, diversified economy with a number of professional and business service jobs. DC is traditionally regarded as a ‘company town’ due to the large proportion of people that work for the federal government. In 2017, 25 percent of the employees in Washington were employed by a federal governmental agency. This is thought to protect DC from national economic downturns because the federal government continues operations even during recessions. Within the district, many organizations such as law firms, defense contractors, civilian contractors, non-profit organizations, lobbying firms, trade unions, industry trade groups and professional associations hold headquarters in or near the district in order to be close to the federal government.

The Washington Metropolitan Area’s gross product was approximately $435 billion in 2014, which made it the sixth-largest metropolitan economy in the United States. Between 2009 and 2016, GDP per capita in Washington has consistently ranked on the very top among US states.

Tourism is a major contributor to the district’s GDP. In 2019, DC welcomed a total of 24.6 million visitors which set a new record for the city. The district also hosts almost 200 foreign embassies and international organizations such as the World Bank, the International Monetary Fund, the Organization of American States, the Inter-American Development Bank and the Pan American Health Organization.

There are a number of other industries that are growing in prominence in Washington D.C. that are not directly related to government, particularly in the areas of education, finance, public policy and scientific research. In the 2021 Global Financial Centers Index, Washington was ranked as having the 14th most competitive financial center in the world and fourth most competitive in the United States (after New York City, San Francisco and Los Angeles).

Although Washington D.C. isn’t primarily regarded as a manufacturing hub, several natural resources found in the immediate region are processed and used locally. Sandstone and granite quarries are prevalent in nearby Maryland and Virginia, and many buildings in Washington have been constructed of these stones, including the Capitol and the White House. Similarly, clays and soils from the Potomac Valley area have been used to make terra-cotta and bricks, the most commonly used building materials in the area. Perhaps most surprisingly, gold has been mined at various locations within 10 miles of the city.

Union Station is DC’s main train station and serves 70,000 people every day making it one of the busiest rail stations in the United States. It is Amtrak’s second busiest station with 4.6 million passengers annually and is the southern terminus for the Northeast Corridor and Acela Express routes.

The Washington Metropolitan Area Transit Authority (WMATA) operates the Washington Metro, the city’s rapid transit system, as well as Metrobus. Both systems serve the district and its suburbs. Having first opened in 1976, it consists of 91 stations and 117 miles of track.

With an average of around one million trips each weekday, Metro is the second busiest rapid transit system in the country. Meanwhile, Metrobus serves over 400,000 riders each weekday and is the fifth largest bus system in the US.

In a 2010 study, it was revealed that commuters in Washington spent around 70 hours a year in traffic delays which meant that Washington tied with Chicago for experiencing the worst road congestion. Around 37 percent of Washington-area commuters take public transportation to work which is the second highest rate in the country.

However, Washington is regarded as an extremely walkable city as around 80 percent of residents live in neighborhoods that aren’t car dependent.

As a result of the DC Streetcar which opened in 2016, it is expected that there will be a 32 percent increase in transit usage within the district by 2030.

The district is home to a variety of different schooling options, including public, charter, private and international schools. As the capital of the country, Washington offers some of the best education in the United States and is home to the internationally acclaimed Georgetown University. Overall, there is 19 colleges and universities that reside in the city that are listed under the Carnegie Classification of Institutes of Higher Education. These institutions include five research universities, four master’s universities and 10 special focus institutions.

The district is also known for its medical research institutions such as Washington Hospital Center and the Children’s National Medical Center. Washington is renowned for three medical schools and associated teaching hospitals at George Washington, Georgetown and Howard universities.

Washington D.C. is iconic and has something for all that step foot through its historic streets.

Final Word – If you could change one thing about your industry, what would it be? 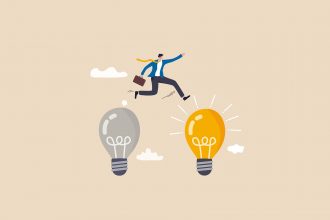 Final Word – If you could change one thing about your industry, what would it be? 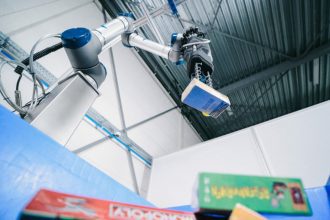 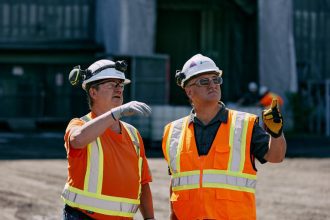