Cosmetics Alliance Canada (CA) has been advancing the personal care products industry for over a century. We speak with CEO Darren Praznik, as the association pioneers unprecedented regulatory reform

“Canada will have one of the most effective, efficient, risk-based regulatory systems in the world for cosmetics and other personal care products. It will be a great place for innovation, to develop new products and new claims.”

The opening words of Darren Praznik, President and CEO of Cosmetics Alliance Canada (CA) encapsulate the sheer dynamism of the country’s cosmetics industry as it embarks on a new world-leading regulatory regime.

Through the Self-Care Framework – a regulatory modernization initiative that is currently in progress and set to be implemented over the next few years – the manufacture and distribution of low-risk cosmetics and non-prescription drugs will be revolutionized, marking a much-needed departure from an outdated and ineffective regulatory framework.

“The new Self-Care Framework will be one of the world’s most modern regulatory frameworks for our industry’s products. It will enable innovation and, with our network of trade agreements, make Canada an attractive place to develop and manufacture products for export around the world,” Praznik continues.

As President and CEO of CA, Praznik has helped lead the campaign for regulatory reform in the sector.

As an industry association that has been in operation for almost a century, CA has long been aware of the need for modernization in the system and worked deliberately to convince the Canadian Government of the need for reform.

“The Perfumers Guild (later named the Canadian Cosmetic, Toiletry and Fragrance Association), was organized in 1928 to represent the industry in seeking an excise tax exemption for the denatured alcohol used in perfumes. Over the years, it has evolved into the industry voice with governments on all aspects of regulation and policy affecting the sector.”

Today, CA is a thriving association with more than 150 member companies that brings together brand owners, manufacturers, importers, exporters, distributors, retailers, and suppliers of goods and services to the industry. “And it is an industry,” adds Praznik, “that employs tens of thousands of Canadians and accounts for some very impressive export numbers.”

The primary reason for most industry associations in Canada, like CA, is to stand as a unified voice with governments who much prefer to work with a collective on issues rather than individual companies.  As a trade association, CA has a positive and respected reputation in working with governments, which Praznik credits to the principled and needs-based approach it takes to issues.

“We very much approach issues from the perspective of trying to understand the public policy needs or objectives of government, as well as our own needs as an industry, and then try to advance solutions which can meet the requirements of both,” notes Praznik.

Consequently CA spends significant time with its member companies working to understand their real needs and develop the principled solutions that can be advanced to government.

“If you do this well and put the time in up front – rather than just putting forward positions that are quick and reactive – you have a much better chance of influencing government policy to benefit your industry in the long run,” Praznik tells us.

The cosmetics and personal care products under CA’s remit are vast, including everything from makeup, skincare, and shampoo, to toothpaste, sunscreen, and just about everything in between.

“As the representative of key stakeholders, we work with government towards ensuring that legislation and regulation are effective in meeting public policy goals, such as human and environmental safety, while also being operationally efficient and promoting a healthy industry that is globally competitive.”

This idea of operational efficiency and global competitiveness has been the driving force behind CA and Health Canada’s tireless efforts over the past decade in promoting a modernized Self-Care regulatory framework.

“We have been working on the most significant reform of the way that our products are regulated,” shares Praznik. “This is a once-in-a-lifetime opportunity. Since the 1950s there have only been one-off fixes or administrative “band-aides” applied to the regulatory framework whenever a shortcoming became evident, but the world has changed so much now, both in terms of regulatory concerns and product categories, that a major re-think of the regulatory structure is required.”

The current Health Canada regulatory system consists of a convoluted framework of three different sets of regulations – Cosmetic, Drug, or Natural Health Product Regulations – each of which can apply to product categories such as toothpastes, shampoos, and even lipsticks with very different regulatory requirements and consequences. Indeed, much of this regulatory framework was established under Canada’s Food and Drugs Act (FDA) in the 1950s, with the addition of special regulations for natural health products (NHP) in the 1990s.

Under this model, by making a health claim on a cosmetic product, cosmetics companies become subject to the costly tests and regulations applied to non-prescription drugs, making the go-to-market process prohibitively expensive and arduous.

A primary example of this, Praznik highlights an SPF lipstick as the ‘poster-child’ of the movement – a product that made government sit up and recognize the shortfalls of the system. If a beauty product such as this, usually regulated as a cosmetic,  makes a health claim – like an SPF factor – it would be regulated as an NHP if containing a mineral sunscreen such as TiO2, or as a drug, if containing a chemical sunscreen such as octinoxate. The exorbitant additional costs for launching and supporting a lipstick with an SPF claim in Canada demonstrate this nonsensical system. It has also made cost-prohibitive the use in Canada of various sunscreens long approved and safely used in the European Union.

For the industry, the need for change was obvious, but recognition from the government was the first critical step and a campaign was launched that eventually piqued the government’s attention after several years.

“When the new government came in 2015, the Minister of Health took an interest and agreed that what we proposed had to be done. Health Canada put in place a five-person dedicated reform team that has been working away on this,” outlines Praznik. Despite differing priorities during the COVID-19 pandemic, that team is now fully back on track working side by side with CA.

As a result, what was previously a complex legislative administrative environment based on regulating products via their classification profile, is now shifting to a more individualized, risk-based system.

“It’s extremely important for an industry if you’re making products, to have the right regulatory regime that protects safety, is efficiently run, and recognizes the reality of today’s products coming on the market, and regulates them on the basis of their risk profile as opposed to their definition,” he states.

By streamlining the process of getting approval to go to market, low-risk categories can be regulated by their risk profile – simply by registration if containing a known active ingredient, or if unknown, by entering your proven efficacy and safety data, raising any concerns with the appropriate regulator on an individual basis.

Through this enabling framework, where the unnecessary regulatory burden is eliminated and costs are minimized, speed-to-market will be accelerated, and innovation will be fostered. As a result, CA hotly anticipates that Canada will become a key market for sector innovation, encouraging the development of new products that will make market-leading claims.

“This creates an avenue for innovation. In our sector, there is a growing crossover between cosmetics, NHPs and non-prescription drugs.  With the Self-Care Framework the definition of a product that will no longer be the deciding factor in its regulation but rather its applicable risk category, and along with it the appropriate regulatory requirements and oversight commensurate with the risk,” he surmises. This same risk-based system will also apply to all natural health and non-prescription or over-the-counter drug products.

It is a model that carries the potential to be replicated in markets across the world, particularly in Europe and cosmetics markets that are also in need of modernization including the US.

“If you’re an American in the consumer healthcare field, you’ll recognize that things will be achieved much easier in Canada under this new regime,” Praznik puts it simply.

At present, Canada boasts an incredibly competitive advantage as one of the countries with tariff-free access to the Trans-Pacific Partnership’s current group of countries (representing a ~ US$14 trillion combined economy), the European Union (~ US$17 trillion), and of course the North American trading bloc ~ US$23 trillion. Canada has also recently signed an interim trade agreement with the United Kingdom preserving the tariff-free benefits of its trade agreement with the EU following Brexit.

CA champions Canada’s flourishing status on the global stage as a favorable market for innovation and the export of products around the globe. In addition to engaging in the negotiation of trade agreements, CA also works with the cosmetic and personal care industry internationally to promote the alignment of regulations and standards to further facilitate trade.

Such tariff agreements and regulatory alignment initiatives favor Canada as a manufacturing center for export in an industry where manufacturers must achieve economies of scale by accessing as many markets as possible in order to be competitive.

Complementary to these trade conditions, Canada boasts a robust and prominent network of custom manufacturers. When the original North American Free Trade Agreement was introduced some 30 years ago, a significant portion of Canada’s personal care products manufacturing sector was lost as international companies decided to maintain US operations and often abandoned their smaller volume Canadian facilities that had been essentially tariff protected. Over time, many of these facilities were taken over by budding entrepreneurs who today have built a modernized and efficient base of custom formulators and manufacturers on Canadian soil, fulfilling contracts with cosmetic companies in specialist areas.

“Over the past 20 years, Canada has developed an extremely robust custom manufacturing business, and about 20 of such companies are represented in our membership. Anywhere from 70-95 percent of the products these custom manufacturers make is exported, with the majority of customers based in the US,” Praznik shares.

The combination of such beneficial trade agreements and access to a capable and versatile base of custom manufacturers is a testament to Canada’s appeal as a destination to develop new cosmetic product lines.

Indeed, for cosmetics companies operating in the US, manufacturing products through a Canadian custom manufacturer provides a clear economic advantage with savings of up to six percent on the tariff side.

With regulatory reforms offering an unprecedented opportunity to innovate under increasingly favorable economic conditions, Canada can play a growing role in the global cosmetics and self-care products industry. 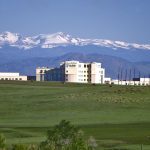 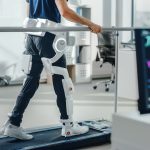