In a rapidly changing world, sustainable building has never been more important. After all, buildings consume around 40 percent of the world’s energy.

Governments and organisations around the world are committed to reducing the carbon footprint of their built environments and cutting energy consumption to meet sustainability goals. However, they wish to do so without compromising on comfort or health and safety.

“We spend between 80 to 90 percent of our time indoors, and during that time we’re interacting with an increasingly sophisticated array of systems, often without realising it,” says Erik Wellemans, Regional Manager at Honeywell Building Solutions.

“These systems are transforming dumb structures into smart environments, which can help enhance wellbeing, security and our interactions with other people.A building is no longer a simple container – it is an instrument of change that can help its occupants work more efficiently and reduce energy consumption.”

Honeywell Building Solutions is a global leader in smart technological solutions that transform buildings from a mere container to an intelligently designed, sustainable space.

So, what defines a smart building?

According to Wellemans, while smart technologies continue to transform and adapt, there are a few principles and devices which are integral to the concept. Environmental sensors, for one thing.

“They can monitor and optimise the use of heating, ventilation and air-conditioning systems, reducing carbon footprint and costs,” he says.

“It is also possible to monitor and track building use and spot areas of high or low occupancy, helping facility managers to optimise building operations to improve tenant comfort, such as through the integration of mobile apps and wearables.”

Another important aspect of smart technology is how it utilises data. Technological advances in data-based infrastructure make it possible to gather, store and analyse large amounts of data from buildings. Wellemans praises the technology in operation in European smart cities.

“The cloud-based technology that supports this environment collects and analyses a range of data in real-time,” he says. “The outputs from these are used to increase the quality of life and improve city operations while facilitating economic growth.

“The European strategy on smart cities addresses energy use, transportation, water supply, waste management, lighting and heating for buildings, all enabled by new technologies and big data. Honeywell has the expertise and technology to help businesses and governments step into the future.”

The company specialises in modular systems built around scalable open architecture – meaning it can consistently be expanded as the need to do so arises. In other words, it designs for the future as well as the present.

One recent project was with Eindhoven University of Technology, a university that continually invests in sustainable developments. However, some of its buildings needed to be upgraded, in particular the Atlas Building, which was built in the 1960s. The university wanted to reduce its energy consumption while ensuring the building still offered a productive learning environment.

“The main aim of the renovation was to keep the number of systems to a minimum by using natural light and by allowing as much daylight as possible to enter the building,” explains Wellemans.

One of the ways this was achieved was by constructing a ‘smart façade’ – a glass curtain wall. This enabled the parties to preserve the appearance and existing construction of the building, while also reducing energy consumption.

“The new glass curtain wall has windows that can be opened automatically and operated individually,” Wellemans continues. “These windows have triple solar-control glazing, where at night the blinds can be lowered from the inside. This ensures that the temperature of the façade remains in line with the insulated cavity wall,”

What’s more, Honeywell made it possible to gather technical data about the building which can be accessed through an app. This allowed administrators to do everything from book meetings to regulate the temperatures in different rooms.

The renovation produced dramatic results. Not only were the building’s CO2 emissions reduced by 80 percent, the number of people using the building doubled.

When organisations construct new buildings, they are easily able to take advantage of the latest smart and sustainable technology. But what of older buildings? Wellemans believes that it’s possible to preserve the historic importance of a building while still ensuring that its users get to benefit from the latest technological advances.

In fact, Honeywell is committed to ensuring that classic buildings can stand the test of time. That’s why it started a campaign to preserve them.

The company recently worked with the iconic Thyssen-Bornemisza Museum in Madrid to help improve the way that more than 1,000 works of art housed in the museum are preserved.  The work needed to take place according to strict deadlines, to minimise the disturbance for visitors.

Extensive upgrades to the museum’s chiller, cooling towers and air-treatment units were undertaken. Honeywell also implemented a system that enabled digital analyses into the building’s energy consumption, which will allow the museum to track inefficiencies or maintenance issues. The results were dramatic.

“The building management system’s improvements trimmed the museum’s electricity consumption by nearly 30 percent, while reducing water use and heating-oil expenses by 12 and 38 percent respectively,” Wellemans says.

“This will reduce greenhouse gas emissions tied to museum operations by an estimated 20 percent, helping it meet the EU’s 2020 climate and energy conservation directives.”

The show must go on

One of the most iconic venues that Honeywell Building Solutions has worked with is the Sydney Opera House. But there’s more to admire about the opera house than its distinctive silhouette.

On its 40th anniversary, in 2013, Sydney Opera House announced a decade of renewal, with a goal of becoming carbon neutral by 2023. It bought in Honeywell to help achieve this.

“The first thing that Honeywell did was to undertake a detailed survey of the facility, so they could understand its complexities and challenges,” says Wellemans. “They then completely upgraded the building’s control system. This was achieved with minimised operational outages and disturbing live environments. Because after all, as the company themselves say, the show must always go on.”

All in all, Honeywell has every right to be optimistic about the future. More and more organisations are looking to upgrade their buildings to meet sustainability goals.

“The good news is the advances in technology are making it possible to gather, analyse and act on vast amounts of data from buildings,” Wellesmans says. And Honeywell Building Solutions is right in the centre of this green, technologically advanced revolution. 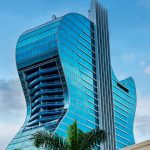 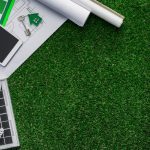